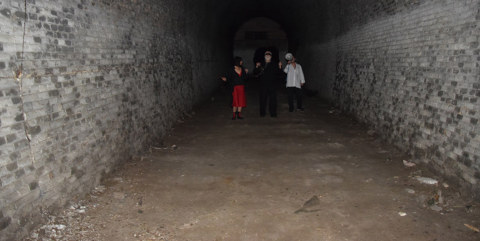 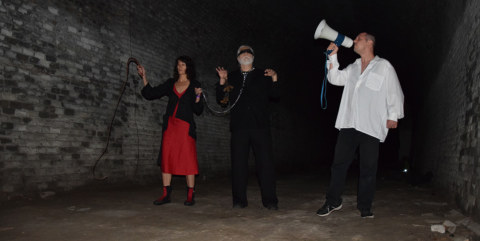 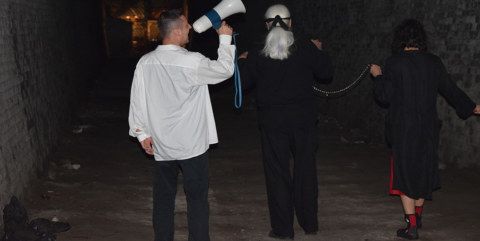 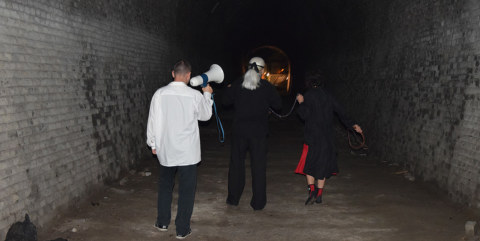 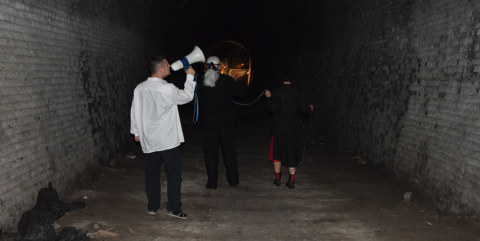 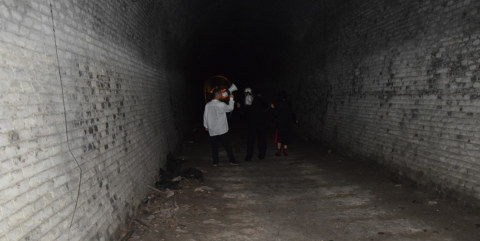 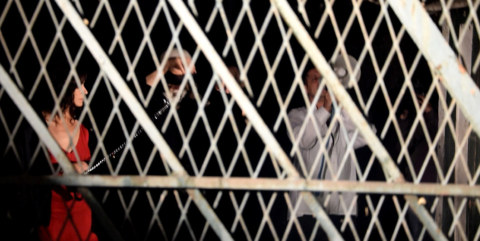 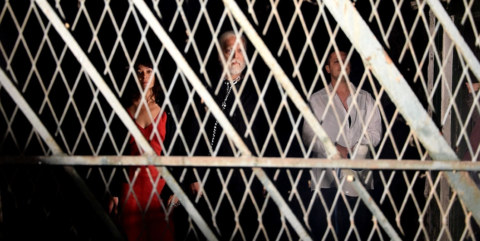 The third MP_art performance from the cycle Serbian Contemporary. M and P, this time with sound support provided by Nenad Kuzmanović, performed a frightening and visionary performance titled MAINSTREAM_SC. The audience was located in front of a abandoned railroad tunnel, which has not been used for almost a whole century, separated form the performers by metal bars. The performers slowly made their way from the depths of the unlit tunnel towards the bright and lit exit and the audience. The audience could only hear chains clanking, whips snapping and the wailing of a newly composed turbofolk song. The performers made it so that they could be heard but not seen. M was leading P on a spiked chain for dogs rattling it around. P, blindfolded, was jumping around with his arms held high up, dancing like one of the bears that gypsy’s take to village fairs… and M would snap the whip from time to time ( the whip was a traditional one for herding cattle). Nenad Kuzmanović was following M and P singing widely popular heartbreaking turbofolk songs into a megaphone all the way up until they got only a few steps away from the barred gate. Stepping into the light and becoming visible to the audience. Nenad stopped singing, P took off  the blindfold and M stopped cracking the whip. The trio took a bow and exclaimed “srpska savremena” (Serbian contemporary). They turned on the spot and slowly walked off back into the dark embrace of the tunnel. With this performance M and P wanted to show the dark symbolic of primitivism in whole, tradition and the weight of life in the present, enslaved country the likes of Serbia, a country without a way out of the dark…