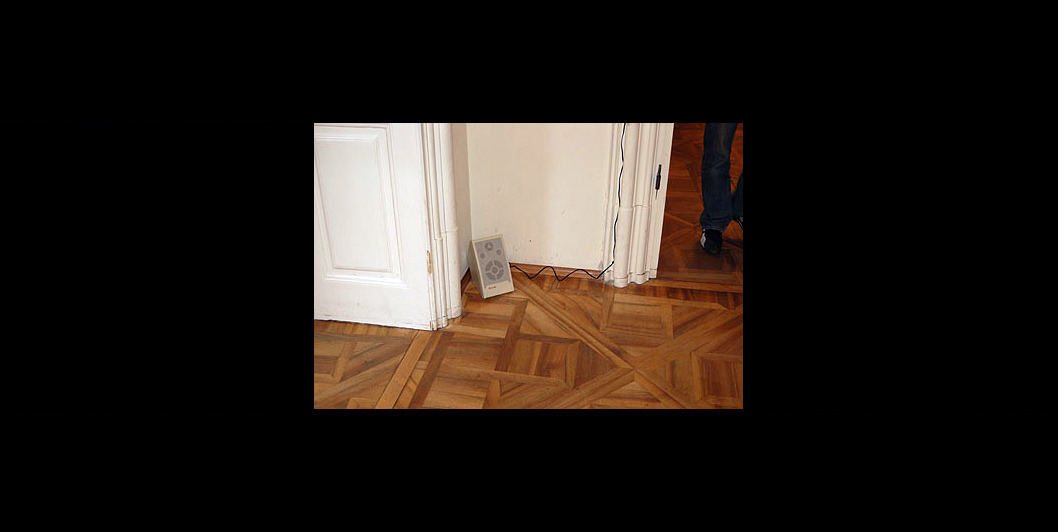 On entering the exhibition space discrete lies on the floor he set of speakers that played in loop pre-recorded sound. Surround sound for installations play the tape that everyone is interested in getting Austrian visas have to listen before it could establish a relationship with the Austrian Embassy. The tape was given all the necessary instructions and information for needs documents for obtaining visas for Serbian citizens. We hereby would like to inform the Austrian audience on this shameful period of recent history, when the citizens of an independent state were subjected to unfounded and unnecessary degrading mistreatment …