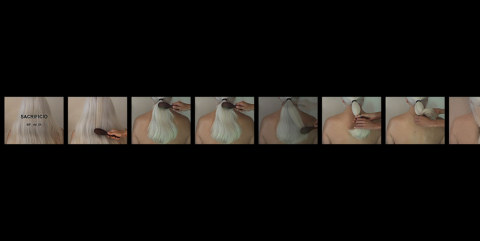 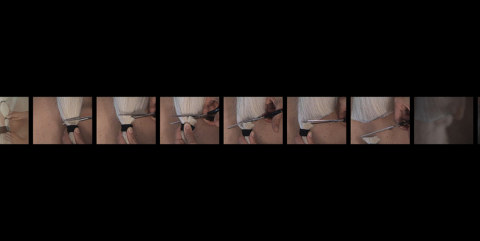 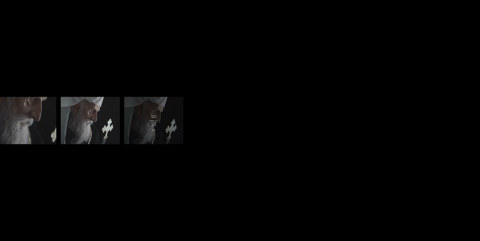 SACRIFICIO is art video as a documentary of a giving donation of the hair for realization of the sculpture. P decides to donate part of his ponytail to the artist and friend Zivko Grozdanic Gera, for his allegorical sculpture entitled ‘Meteorite rain’. It is replica, appropriation of Maurizio Cattelan’s work ‘La Nona Ora’ (1999), in which the figure of the Pope was replaced by the figure of Serbian Patriarch Paul. M clipped the long part of P’s ponytail, and finally it appeared as the beard and hair on the sculpture of Serbian Patriarch Paul. P ‘sacrifices’ for the art as well as for the profane allegory.