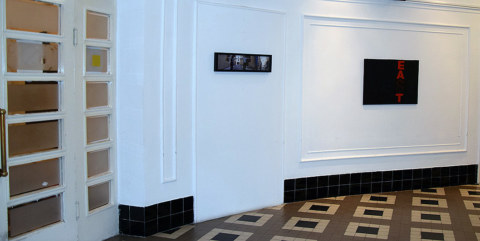 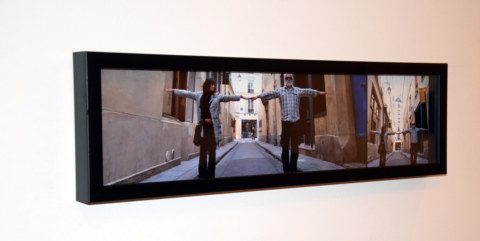 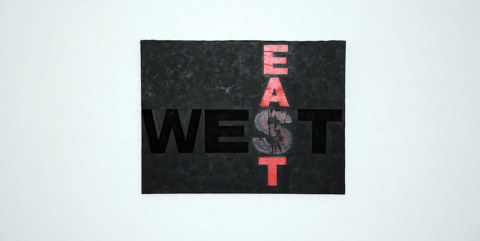 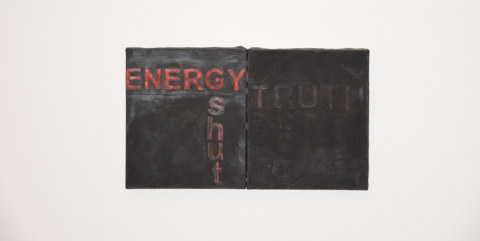 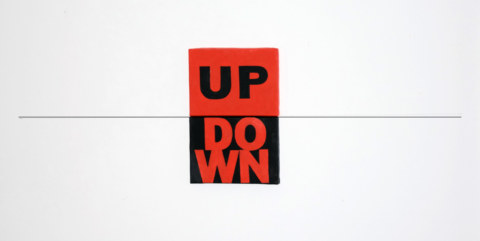 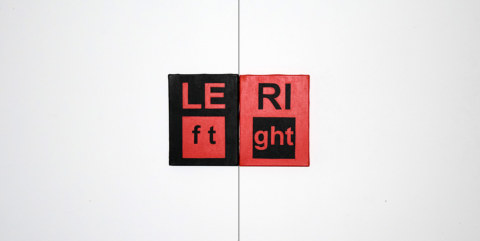 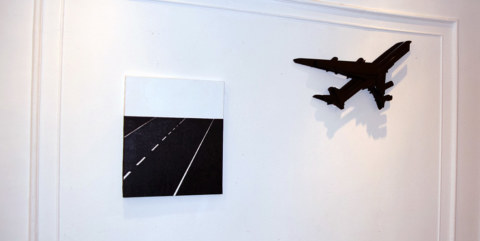 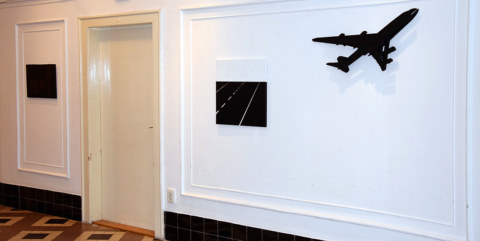 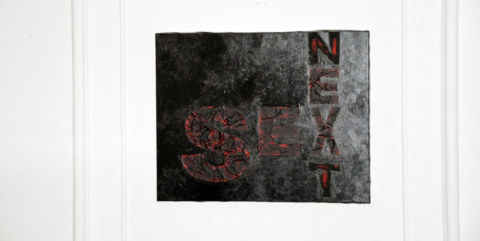 Collaborative poetics of MP_art couple, created during a whole decade, becomes visible in the exhibition MP_exp_24 HORIZONTAL – VERTICAL through composition of spatial installations, paintings, words, a sculpture and video works. Constellation of these artworks can be perceived as apparatus of self-positioning within the horizontal and vertical axes in space, between the Eastern and the Western culture. Setting these artworks in a gallery space which has a form of unfinished circle, introduces the cyclic turn of history which is, as an aspect of time, the fourth dimension. The artworks, many of which have never been exhibited before, were realised since 2003, when the couple was in residency at the international workshop “Glass,” organised by the Cultural Centre Pančevo. The series/cycleHorizontal – Vertical, refusing independent engagement in art practice ever since, widens the semantics of relation towards space and borders created by drawn lines. Minimal visual language through separations on up, down, left and right, narrates on complexities of contemporary society and space that disappears in the process of de-territorialisation.