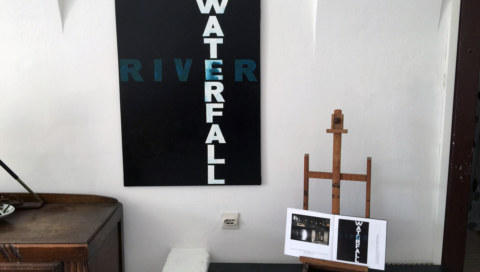 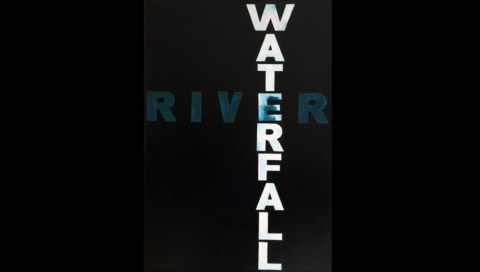 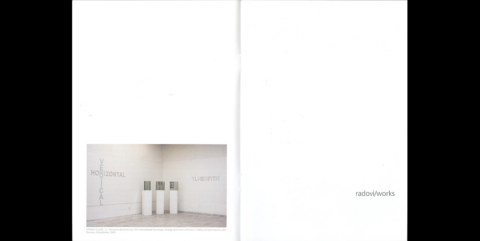 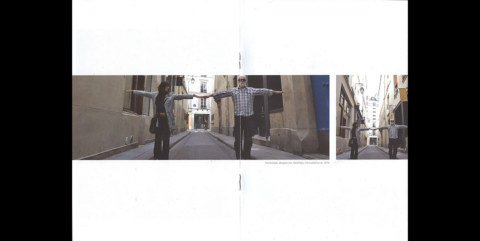 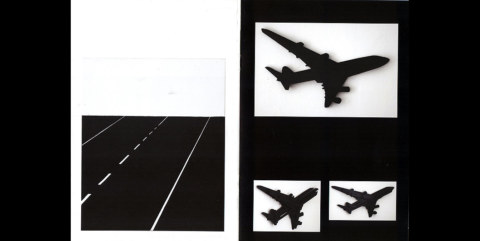 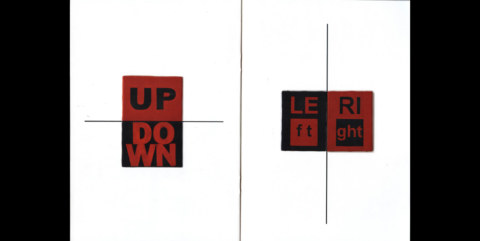 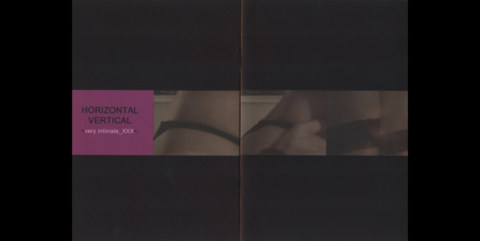 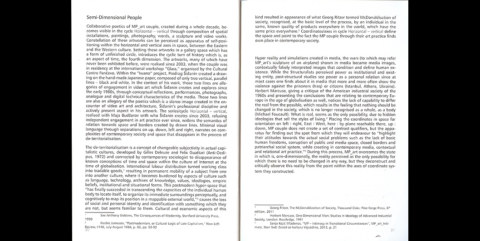 Patronage: City Council of Culture, Novi Sad and Provincial Secretariat for Culture and Public
Information of the Government of AP Vojvodina

Collaborative poetics of MP_art couple, created during a whole decade, becomes visible in the cycle Horizontal – Vertical through composition of spatial installations, paintings, words, a sculpture and video works. Constellation of these artworks can be perceived as apparatus of self-positioning within the horizontal and vertical axes in space, between the Eastern and the Western culture. Setting these artworks in a gallery space which has a form of unfinished circle, introduces the cyclic turn of history which is, as an aspect of time, the fourth dimension. The artworks, many of which have never been exhibited before, were realised since 2003, when the couple was in residency at the international workshop “Glass,” organised by the Cultural Centre Pančevo. Within the “Iwano” project, Predrag Šiđanin created a drawing on the hand-made Japanese paper, composed of only two vertical, parallel lines – black and white. In the context of his work, those two lines are allegories of engagement in video art which Šiđanin creates and explores since the early 1980s, through conceptual reflections, performances, photographs, analogue and digital technical characteristics of the media. Those two lines are also an allegory of the poetics which is a stereo image created in the encounter of video art and architecture, Šiđanin’s professional discipline and actively present aspect in his artwork. The series/cycle Horizontal – Vertical, realised with Maja Budžarov with who Šiđanin creates since 2003, refusing independent engagement in art practice ever since, widens the semantics of relation towards space and borders created by drawn lines. Minimal visual language through separations on up, down, left and right, narrates on complexities of contemporary society and space that disappears in the process of de-territorialisation.

The de-territorialisation is a concept of changeable subjectivity in actual capitalistic cultures, developed by Gilles Deleuze and Felix Guattari (Anti-Oedipus, 1972) and connected by contemporary sociologist to disappearance of known conceptions of time and space within the culture of Internet at the time of globalisation. International labour distribution turned working class into tradable goods,[1] resulting in permanent mobility of a subject from one into another culture, where it becomes burdened by aspects of culture such as language, technology, archives of knowledge, values, ideologies, empiric beliefs, institutional and situational forms. This postmodern hyper-space that “has finally succeeded in transcending the capacities of the individual human body to locate itself, to organize its immediate surroundings perceptually, and cognitively to map its position in a mappable external world,“[2] causes the loss of social and personal identity and identification with something which they are not, but seems familiar to them. Cultural and economic aspects of this kind resulted in appearance of what Georg Ritzer termed McDonaldisation of society, recognised, at the basic level of the process, by an individual in the same, known quality of products everywhere in the world, which have the same price everywhere.[3] Coordinates/axes in cycle Horizontal – Vertical define the space and point to the fact the MP couple through their art practice finds own place in contemporary society.

Hyper reality and simulations created in media, the wars (to which may refer MP_art’s sculpture of an airplane) shown in media became media images, contextually falsely interpreted images that condition and define human existence. While the Structuralists perceived power as institutional and existing entity, post-structural studies see power as a personal relation since at most cases one finds about it in media that more and more often show the violence against the prisoners (Iraq) or citizens (Istanbul, Athens, Ukraine). Herbert Marcuse, giving a critique of the American industrial society of the 1960s and presenting the conclusions that are relating to contemporary Europe in the age of globalisation as well, notices the lack of capability to differ the real from the possible, which results in the feeling that nothing should be changed in the society, which is no longer recognised as a whole, as a body (Michael Foucault). What is real, seems as the only possibility, due to hidden ideologies that sell the styles of living.[4] Placing the coordinates in space for orientation on left : right, East : West, here : by plane reachable there, up : down, MP couple does not create a set of contrast qualifiers, but the apparatus for finding out the spot from which they will endeavour to “highlight their attitudes towards the actual social problems such as the lack of basic human freedoms, corruption of public and media space, closed borders and patriarchal social system, while creating in contemporary media, contextual and relational art practice.”[5] During this process, MP_art overcomes the state in which is, one-dimensionally, the reality perceived as the only possibility for which there is no need to be changed in any way, but they deconstruct and critically observe this reality from the point within the axes of coordinate system they constructed.